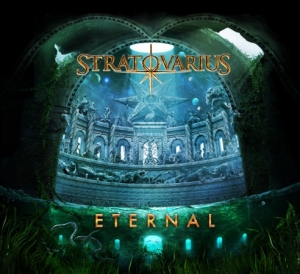 It seems that once again, Stratovarius has managed to deliver us a good album. Their 16th studio

album so far,  since their formation in 1984.  They did a tour to promote this new album, which also

brought them to Belgium, at the Biebop.

They still play power metal, but it seems they have gone back to their earlier sound.  This also implies

you don’t have to expect new gimmicks on this album, it’s good, old fashioned Stratovarius stuff, with

the o so familiar Timo Tolkki vocals., which you either hate, or love. And once again I’m flabbergasted

by the very good keyboards, which are a key element of Stratovarius sound, but also by the guitar

work of Matias Kupiainen, who seems to get better with the years.  I could have done without the

power ballad ‘Fire In Your Eyes’ though, as to me this is one of the weakest tracks on the album.

My version of the album also a DVD,  a live recording of a show they played  in  2013 at Loud Park

Festival, and shows the band in full strength, and an audience that seems to enjoy the show