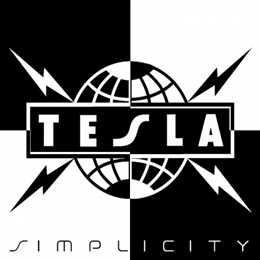 Since their founding in Sacramento in late 1982, but at that time under the name of City Kidd, changed into Tesla  during the recording of their first album ‘Mechanical Resonance’, this is only their seventh studio album. So despite their six year break you cannot say these guys have been very productive.  On the other hand you can also state that they never delivered bad quality material.

If you liked the band in the eighties and nineties, you will also like this album I guess.  It features a combination of blues, rock, a bit of honky tonk, but most important it sounds honest, not overproduced, as if written and played straight from the heart. It has been worth having to wait six years for this new album.  And Jeff Keith’s vocals still sound as rough and scratchy as they did before. A good album it has become, and one which old time fans undoubtedly will love.