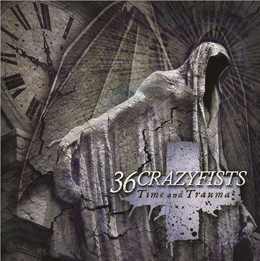 The four-piece Alaskan metal band is back. They released a new album last month entitled “Time And Trauma”. The band members actually originated from the remains of three local bands: Grin, Hessian, and Broke. JD Stuart played in Grin, Brock Lindow in Hessian, and Steve Holt and Ryan Brownell in Broke.

But back to the new album part….I used to follow them a bit. A couple of years ago before my urge for faster, heavier,….metal. But hearing them now after all that time, i have to say that they have grown a lot and their music sounds so much more mature then it used to be. Just a great and fun album.