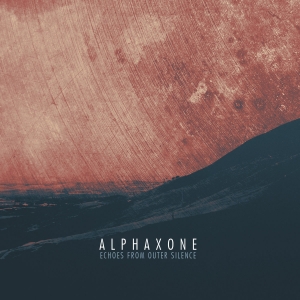 The name of Simon Heath might ring a bell to many Industrial-fans, for this is the guy behind top-act Atrium Carceri. I also recollect his name from mighty Za Frûmi, and he’s involved with projects such as Sabled Sun, Abnocto or Knaprika too, if I’m not mistaken. Besides, Simon runs the Cryo Chamber label, which sort of came to the foreground after the painful, sad surcease of Cold Meat Industry. Atrium Carceri, by the way, were on that label for quite some time. Cryo Chamber Records were formed after Simon moved over from his home town Stockholm to California, initially as a spiritual successor to Cold Meat Industry and some other defunct labels (all hail the digital age! – or not), although this newer label focuses on Drone, Ambient and cinematic Music rather than the Death Industrial current of C.M.I.

In a near future I will write and upload a review for ProtoU’s new album Lost Here and a compilation with Atrium Carceri material, but this review deals with the fourth Alphaxone’s album for Cryo Chamber Records. Alphaxone are a project from Iranian guy Mehdi Saleh, and Echoes From Outer Silence consists of nine epics that last for forty one minutes.

The (short) opener Outfield is like an industrialised field recording with nothing memorable in addition, but as from Resistance I am quite attracted. This piece, and so are many on this recording, exhales a mystic and mysterious beauty, like an hypnotic cinematic sound-sample of post-dimensional integrity. The Dark Ambient comes with a somewhat grimly-cold, minimalistic identity, combining nihilistic waves of uncomformistic far-distant Death Industrial (very ‘far distant’; focus on the background harshness and you’ll understand…) and mesmerizing, naturally droning Ambient-escapism. There is a sense of cosmic un-limitedness, but the integrity remains the main aspect to define the magnificence of Echoes From Outer Silence.

Once in a while, like in Altered Xone, Alphaxone enter untrodden paths of purest hypnosis, of dreamlike spheres of spacelessness, of droning mind-fields of transcendental majesty. Compositions like this one are like a voyage through mental states of all possible extremes, searching for tranquillity, suffering from unrest and discomfort. Isn’t this a perfected soundtrack for inner turmoil? But throughout the whole of the album, a certain atmosphere of breath-taking mesmerism surpresses mediocracy and ignorance. Echoes From Outer Silence, therefor, is a fabulous trip through spheres of mental exploration and psychic experimentation.