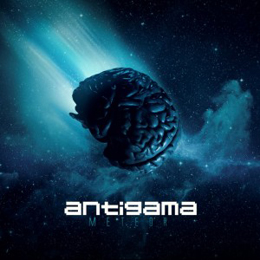 Were founded in the beginning of the millennium, and Meteor is already their sixth longplayer, and their first one on their new label Selfmadegod Records (Nunslaughter, Agathocles, Cripple Bastards,...) With 29 minutes, this is a rather short affair, but in the band’s history, it is strangely enough one of their longer works. The eleven songs range between one and a half and four and a half minutes, and while their hyperkinetic songs doesn’t achieve the same kind of weirdness as those of Voi Vod and DBC their material certainly don’t have to hide behind the artists such as Napalm death, Repulsion and Nasum that influenced them.

So, the 11 songs make it in just under half an hour, an ideal length for a grind core album. The songs are well played, but sometimes get lost in unnecessarily complicated structures, but still are pure fun to listen to. This is grind core at its best, I dare say, where aggression and complex songwriting go hand in hand, never forgetting that in the end it's still the music and not some image that counts.