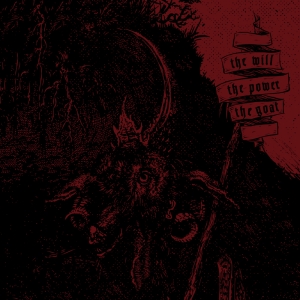 This split release was one I did look forward to for quite some time. Main reason, of course, is the collaboration of two bands I do sort of adore. Besides, it is the first (and until now, the only) vinyl release on Belgian top-label Immortal Frost Productions.

The opening track Worship The Goat goes strongly on in the vein of last year’s The Abyss, with a nice equilibrium in between brutal speed-up violence and slow-paced, sledgehammering nastiness. Despite the lack of being renewing, the track grabs you by the b***s for having such decadently well-thought balance in between different melody-lines and tempos. Night Preacher was one of the highlights I experienced when seeing the band live in Tongeren (for a review on that live gig, I like to refer to the update on 25/06/2015; and by the way, another band that surprised me that evening, Drawn Into Descent, recently signed to Immortal Frost Productions in order to release their self-called debut – something to look out for, I’m sure – the review will follow in a near future). It’s like a classic, a song that contains everything that is needed for this kind of Underground supremacy. Especially the vocal lines and the drum parts are above average, yet the melodious structures and fabulous rhythms / rhythm section too are more than just fine.

The other side of this vinyl recording consists of two tracks by Finnish horde Azaghal, which I do follow since the release of the album Helvetin Yhdeksän Püriä (late nineties). Releases like Mustamaa or their split with another mighty combo from the Land of a Thousand Lakes, Beheaded Lamb, do belong to my fave recordings from that era. Because of an overload on comparable stuff, I sort of lost my interest during the 2000’s (please notice that I did never dislike any effort!), but with 2012’s Nemesis I rediscovered the strength of this band around highly-productive multi-instrumentalist Tomi ‘Narqath’ Kalliola. Here too Azaghal prove why they are largely underestimated – a shame and a pity for sure (but another promise: they will have a split with Oath very soon on this very same label!).

Uhri Yölle immediately surprises – what a massive Doom-epic this is! This monumental composition makes the listener dream (a nightmare, evidently) of sulphuric nebulae, making him (or her) gasping for air. Towards the end there’s a faster, more fierce excerpt, bringing a lovely counterbalance. And what a sweet outroduction… With Varjojen Seremonia, Azaghal show that the first track wasn’t just a lucky shot. It’s even slower, dustier, more suffocative and mesmerizing, and simply pleasing the dark minded ones’ eardrums. Such material is fundamentally based on the origins of the scene, yet with a timeless identity, trespassing narrow-minded limitations or exaggerations.

Both bands on this split bring some of the best things they ever did and this means one single thing only: BUY THIS STUFF! Check the label’s site now and satisfy yourself with morbid, masochistic and, at the same time, sadistic pleasures. NOW!