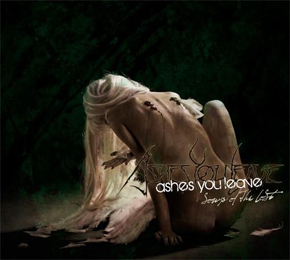 No, no, not a new release by this Croatian band, but a re-issue of their 2009 album. Don't ask me what the reason of the re-issue is, because I don't know, and whether those reasons have an artistic backing or are simply inspired by commercial greed, I couldn't are less really, because after all it brought the band to our attention. You see, after a short research, it turned out that we at ConcreteWeb had never come across this now biggest of Croatian Doom/ Gothic band before, so I took it upon myself to bring you an overview of the band's career, which started back in 1995.

In those days, as one might remember, Croatia was still torn apart by warfare, and as stated in the info sheet we got along with the promo copy of this re-issue, back in those days dreaming about musical success “...was just one step from being classified as a lunatic...”! However, a couple of young Doom metal fans decided to beat the odds in spite of adversity, and started a band under the Icon moniker. During their formation year, they somehow managed to record their debut demo ...But Dreaming. Soon after, they found out about another band with that name and, taking influence from a song on Cathedral's album The Ethereal Mirror, changed their name to Ashes You Leave. In 1996, the release of the band's second demo The Kingdom Before The Lies led to attention from the music business, and the band signed onto the roster of Norwegian record labels Effigy Records and Arctic Serenades. The band however didn't get around recording anything, before both labels went bankrupt and went out of business.

The band then signed to German record label Morbid Records for the 1998 release of their debut album The Passage Back To Life. One year later the label released the band's sophomore album Desperate Existance, and the year 2000 saw the release of third album The Inherritance Of Sin...the sales of which far exceeded those of its predecessors, and therefore justified the band's embarking on a European tour to promote it even more. With success however also came a downfall, as after the tour original singer Dunja Radetic left the band, thus closing a second chapter of the band's career.

The band was lucky enough to find young female singer Marina Zrilic (she was a member of elite Croatian choir Putokazi) willing to join the band, and she sang on their 2002 album Fire, marking also a significant directional change in the band's music to include Gothic elements. The album was quite a success, and led to the band being invited to play at some of Europe's bigger festivals (Summer Breeze, Metal Female Voices, Wave Gothic Treffen, etc...), but also to their decision to separating themselves from Morbid, whom were after all geared towards the more extreme styles in Metal. With the festival runs behind her, Zrilic also decided to withdraw from the band, in order to pursue a vocal education abroad. Soon after, singer/ keyboardist Tamara Mulaosmanovic joined the band, and regrettably the band went into a release hiatus.

Throughout additional line-up changes, the band wrote new music, and in 2004 were again invited at the Wave Gothic Treffen, but essentially it took the band until March 2006 before they were ready to start the recordings of their next album, which wouldn't be released until the winter of 2009, after having been signed by the Greek Sleaszy Records. Festival appearances in response to the release were played at Brutal Assault, Metal Camp, IN-Music Fest, and the 2010 Wave Gothic Treffen (the band's third appearance at that event). Which brings us to the album at hand, right?

Well, you can expect a perfectly written and performed Gothic Metal album with Death and Doom elements! Nice female lead vocals are backed by a male singer, whom goes for growls for the most part (he also goes into an occasional rough whisper, but as a whole, the obvious idea is to bring a darker counter-balance to Tamara's clean lead singing). The keyboards are used mainly as atmospheric backings, but there's passages where they convert into piano, which comes to the fore a bit more. And then there's also songs (such as he beautiful “Stranded”) in which the piano use is extended throughout the song. The guitars are quite riff-oriented most of the time, but there's also ample passages where the second guitar goes into more melodic note-playing. The nicest part of the sound overall, is that Tamara does nót go into an Opera-tic modus. I mean, that would be just mere copy-catting the more successful actors in the genre, wouldn't it? Since Songs Of The Lost's release, the band again went through a major line-up change, with Tamara being replaced by the Italian Giada “Jade” Etro. In fact, with her behind the microphone, the band already released the 2012 The Cure For Happiness, their sixth album to date (issued through the Rock 'n' Growl label)!

But, let's get back to Songs Of The Lost, shall we? Because that album is indeed worth being noted, and should not be amiss in any lover of the Gothic Metal genre. What with it being re-issued, the fan of that particular sub-genre is now still capable of adding the album to his/her collection. Of course, you'll wanna hear some of the music first, wouldn't you? So, if you're not able to find the album at your local record store for an in-depth listening session, and will not make due with the 30-second samples usually provided by the trusted online sales sites, then the only advise I can really give you is to either look up whether the album is available at Spotify, or check the soundwize very qualitative recordings the band did for the Croatian TV show Garaza. You will find those in (or via) the “video” section at (www.) facebook.com/ashesyouleave. Mind you: some of the footage is from a 2013 Garaza show (the difference is seen by the lead singer being a blonde!...and gives you a chance to witness the “difference” between Tamara and her successor). Enjoy the offering.