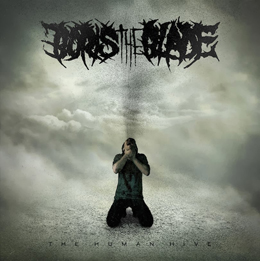 Hailing from Melbourne, Australia, “Deathcore” act Boris The Blade (taking their name from a character in the 2000 crime comedy movie Snatch) was founded in 2010 by the foursome of singer Daniel Sharp, guitarist Josh Lording, bassist Coby Chatz, and drummer Daniel Hickey.

November 2011 saw the release of the band's 6-track debut EP Tides Of Damnation (which had guest contributions by CJ McMahon of Thy Art Is Murder, and of Signal The Firing Squad's Kyson Shepherd). Issued through the RTP Studios label, and aided by an already excellent live reputation, the EP went straight up to #1 on the iTunes Metal charts, leading to nationwide tours and support slots for such internationally renowned acts as Australia's own Parkway Drive and Thy Art Is Murder [spicy little detail: following the release of the EP, the band recruited Roman Koester of The Red Shore fame as their second guitarist (TRS had just split) – he left in 2013 to join Thy Art Is Murder, and has since been replaced by former The Storm Pictoresque guitarist Cameron Eyre], and the likes of Obey The Brave (Canada), All Shall Perish, and Bleeding Through (the latter two both from the US) on their final Australian tour. No wonder then, that the band rose to the higher echelons of the Australian Brutal Music scene, and attracted the attention from bigger labels. Indeed, for Australia, the band is now signed to Sony Music's subsidiary Faction Records, and in early 2014 the band got signed by the UK's Siege Of Amida. What also happened, is that they installed Karl Steller (formerly of Death Audio, and apparently still with Nights Plague and Hollow World at the moment?) on the drum stool, replacing original drummer Daniel Hickey.

What with this album already being released in May, the band already took their live assault to other parts of the world than their own native Australia, touring Europe in support of I Declare War and Martyr Defiled (see also recent post of album review by yours truly), and with My Autumn as extra support, from April 24 until the day prior to the release of the album...a tour which not only found the band playing in London, but also several places in Germany, Paris (France), Copenhavn (Denmark), Gothenburg and Motala (Sweden), Vienna and Gleisdorf (Austria), Bratislava (Slovakia), Poznan (Poland), and even Eindhoven (Holland) and Kortrijk (our own tiny Belgium)! Those among you having witnessed the band then, already are acquainted with the band's own brand of Technical “Deathcore”, and it's therefore to the uninitiated that I turn my recommendation to check out the music posted at (www.) facebook.com/boristheblade (which you will be re-directed to when trying to log onto (www.) boristheblade.net anyway). Notice: only “Malevolent” is off the full-length, the rest (including the live footage in the video section) stemming from the EP.

As you will ascertain from listening to the posted music, the band's music is Technical Death Metal in the first place, with the vocal stylings to match. The “core” part only comes in occasionally, namely in the brutal downbeat breaks...but in the end conclusion, the moniker of “Technical Deathcore” is well-placed after all, in spite of my original aversion to the term! Great stuff, this! Wonder what the guys are up to next (appaling little info is available on these guys, really!), but if it were up to me, they're welcome to a little conquest of North America. I'm sure the guys would do amazingly well over there!