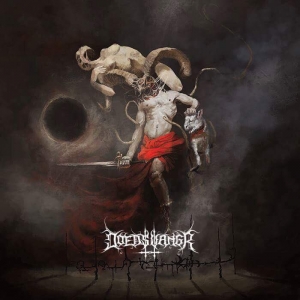 It’s the unholy year of 2014. Ebola took a new step for mass extinction in the West of Africa. An airplane from Malaysian Airways crashed – no survivors. The idiots from Boko Haram had a great year, kidnapping those young girls, raping women (and men) all over the country, and burning villages just for fun. Russia sort of conquered both the Crimean Peninsula and regions in the East of Ukraine, with a bloody (civil) war as result. The f*cking Muslim terrorists from ISIS did think it would be fun to start their own state in order to ignore their insignificant and imbecile existence. Our dear Taliban friends did attack a school in Pakistan, killing over 100 children. And I do remember having hurt myself one day, while accidently dropping a bottle of wine (an empty one, luckily) on a toe from my left foot (some ice on it, and the pain was gone – yet still…). So, it was quite a busy year for the Gods of War and Death, trying to depopulate our beloved Planet Earth. But one of the main things that did happen that very same year – it was in Norway – was the decision of Svartelder / Nordjevel’s vocalist Doedsadmiral to start a new project to pay tribute to those gods, and this under the Doedsvangr moniker. Initially it was meant to be a studio-only project. Soon after, Doedsadmiral was joined by two same-minded peaceful spirits, being country-fellowman Anti-Christian on drums (you know, the guy currently or formerly involved with other excellent acts, such as Grimfist, Beaten To Death, Umoral, Gothminister (can you imagine?), Sturmgeist or, last but not least, mighty Tsjuder), and Finnish string-artist Shatraug himself (think: Horna, Sargeist, Vordr, Behexen, Mortualia, Blutschrei, Necroslut, Ravening and tens of others). All together: hurray!!!

So, this trio (1/3rd Finnish, 2/3rd Norwegian – all hail the Scandinavian supremacy) decided to write some elegies about love and freedom, which they did record in their respective home countries, having the result, eventually, mixed and mastered at the Velvet Recording Studio (that’s where the vocals had been recorded as well). In mean time Doedsvangr signed to Immortal Frost Productions’ roster (all hail the Belgian supremacy), and this collaboration resulted in the release of a first full length, kindly entitled Satan Ov Suns. The album gets released on CD in an edition of 1,000 copies (quite optimistic, yet seen the magicians, sorry, musicians involved…), as well as on vinyl (gatefold double 12”) in 500 copies, amongst which 150 containing an A2-sized poster.

The three members involved are active in quite some diverse bands and projects, so it was (is) not easy what to expect. Okay, it wouldn’t be some poppy stuff probably, but seen the varying background of Doedsadmiral, Shatraug and Anti-Christian… And indeed, Doedsvangr bring something that refers to the members’ other activities at the one hand, in one way or another, and still it’s something quite different as well. Doedsadmiral once stated that this outfit would be darker than his other outlets, and indeed it is. That’s quite clear after the first composition, Our Lord Cometh! That opening piece starts with an obscure ambient introduction, which includes industrial elements and some sampling, and after about 66,6 seconds (okay, it’s little more, but I’m into a flow…) everything turns towards another level of ominous and darkened Aural Art. Post-Black, surely, is the first idea that comes to mind. And for almost an hour, Satan Ov Suns indeed is an interpretation of Post-Black majesty with a prominent Nordic-styled identity.

I did refer to the curriculum vitae of the musicians involved, and I have no reason to deny their professional skills when talking about those other bands or projects. Well, that sublime craftsmanship, or better: the collaboration of three highly experienced and professional misanthropists, sort of peaks by means of this project. What a high-class result is this! You have the sound, for example. Despite being recorded in three different studios, the result is so organic. Okay, I mentioned the Velvet Recording Studio, but seriously: this stuff sounds so overwhelmingly cool! What Christer Krogh did on his desk, you know, that table with knobs and buttons and stuff, is fabulous. It’s so detailed, so ingeniously well-balanced, and therefore all individual ingredients are represented both as an individual element, as well as part of a bigger totality. There’s no background noise, there’s room for each single player involved. And still the sound quality pukes on clinical fakeness, ignoring any possibility to poppy sweetness or over-polished decency. I am not too pretty (maybe I am, but that’s another story) to state that the production of this album is one of the best ones I’ve heard in quite some time.

But then again, a great sound is one thing. What about the song writing and execution? Three master-musicians joining forces might result in something special, but it does not necessarily need to be the case either. I can give you some disappointing results from the past, but that’s not my aim right now. I’d rather focus on this trinity. And I can assure you: WAW!!! Doedsvangr’s necrotic Post-influenced Black Metal might lack of renewing elements, but who needs that? This album is a collection of intelligently written and professionally performed structures, being quite varying in tempo, quite thunderous in execution, and quite memorable as result. You know, everything fits. Doedsadmiral’s throat rasps and spits venom and sulphur; Anti-Christian’s drums are like an independent entity, trying to tell an own story that sort of translates the bigger whole. And the bass and guitar lines are just so intriguing: hypnotic, then again murderous or barbaric, and so on. Besides, and I know that this isn’t but a personal (and therefore subjective) given, but the semi-hidden yet, undeniably, well-thought semi-industrial interludes, do add that something ‘more’ (PS: courtesy of Metraton Omega’s Alexander Wolf – and there will be a review on the Sanctum album in a near future too, released via (un)holy Cryo Chamber – but that’s not exactly relevant right now; but you can’t say you have not been prepared, okay).

In conclusion I can easily list up quite some references: Tsjuder, Tulus, later Mayhem, Gorgoroth anno second half of the Nineties, earlier Darkthrone (hey, I’m stuck within Norwegian excellence, apparently, so let’s add names like Panchrysia, Moonreich or Gorath, Dark Fortress, even though it’s … – no, never mind…), but it would bring me too far, and denigrate the fabulous ideas of this project. So, believe me if I say that Doedsvangr are a necessity if you like your meat bloody, or why not, even gasping for air. My compliments too, once again, to Immortal Frost Productions’ S. for signing this act, and for releasing such magnificent recording. Dear reader, you will not be disappointed!