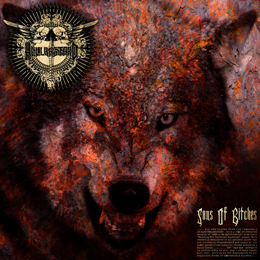 Not really my cup of tea, this legendary U trash/Crust/metal band, I can’t really say I have missed them since they first started around 1984-1985. They have released a steady stream of new albums between 1986 and 1992, when they split up. Having been reformed in somewhere in 2007-2008 they released ‘The Need To Kill’ in 2009.  This is actually the first time I ever heard something of this band.  My first impression was that I did hear some early Slayer in their music. I don’t hear the so-called punk influences though.

What I will remember them for though is the last song on this EP ‘’Throw The Petrol Bomb’.  This is actually the first time I hear a metal band playing something that could easily pass for UB 40 if it weren’t for the vocals.