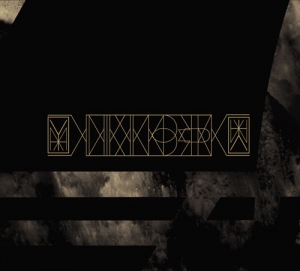 Henrik ‘Nordvargr’ Björkk is quite a busy musician, especially within the worlds of Industrial / Ambient / Drone / Noise. I can sum up quite an impressive list of projects he is, or was, involved with, but that would not exactly create a surplus. I’ll just mention some of the best known: MZ.412, Folkstorm, Toroidh, Körperwelten, All Hail The Transcending Ghost, Pouppée Fabrikk, Nordvargr / Drakh, amongst many others (for some of them I did write a chronicle in the past, in case you’re interested). He also started a new project recently, called Kongo (with Peter Nyström), for which I will soon write a review for the first album Blubber (Ur Muzik) – but that’s for later. For this specific album, Anima Nostra, Henrik joined forces with Margaux Renaudin, whom I had not heard of before. Her (‘alchemical’; dixit the bio) artwork creates a certain atmosphere, which gets heavily supported and pushed forward by the Aural Art on this recording. It’s a pleasure once again to notice that the album had its official release via Cold Spring, one of the most important and interesting labels within the genre.

Anima Nostra turns out to be quite a spiritual ritual, an ominous and asphyxiating journey through hidden dimensions of abyssal obscurity. The album consists of eight mesmerizing Dark Ambient tracks, based on floating and / or apocalyptic synth melodies, grim layers of archaic spirituality (more than once it’s like a view on an ancient ritual or a shamanistic trance execution), tribal percussions (though only once in a while) and truly oppressive voices. Guest vocals, for your information, have been recorded by Egypt-born Nader Sadek inside, indeed, a holy chamber in a very old pyramid of Pharaoh Sneferu, close to Cairo. Even without this knowledge, there’s a magic atmosphere, but this element strengthens the sonic experience, at least for a (smaller psychological) part. But actually every composition on this recording tells a tale of Old, of untold rituals and magic, of ancient belief and archaic mysteries. I have no idea how this has been created that evidently on purpose, but the whole sphere that hangs over this album, like a mysterious veil, a mist of mysticism, has been created so deeply touching, so correctly pointing at the core of magic realism.

It’s enormously scarifying too, more than once, besides hypnotic and unworldly. Especially some of the more bombastic excerpts exhale a certain horrific stench, almost in a Lovecraftian manner. The more minimalistic chapters, in contrast to those fuller orchestrations, come with a terrifying attitude as well, yet less horrific, but rather mystifying, and from time to time even martial and fearlessly warlike. But in all cases there’s a specific aim to create the darkest expression of Aural Art. Anima Nostra for sure is one of the most obscure things I’ve heard in a long time.