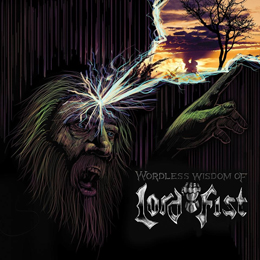 When you'll check the atlas for the hometown of this Heavy Metal act, you'll find that Mikkeli is a relatively small place in the middle-of-nowhere of Finland, some 225 km NW from Helsinki, situated at the northern side of Lae Saimaa. When you'll dig a little deeper, you'll however find that the Mikkeli is also the capitol of the province of East Finland, and inhabits some 47,000 souls! Not such a small place after all!

It's in this town that, in 2011's Autumn, singer/ guitarist Perttu Koivonen and guitarist Niko Kolemainen join forces with the rhythm section (bassist Pekka Lampinen & drummer Eetu Orbinski) of the band Faustian Pact. Their purpose, to re-create the sounds which made the NWoBHM scene famous, using heavy riffs with epic and catchy melodies, and relying on that Rock 'n' Roll attitude that originally lay at the basis of Heavy Metal music. In September of 2012, the quartet released its 4-track demo Spark For The Night to a mostly local public (only one review, in Finnish, posted at the band 's facebook page). Info lacking, I have been unable to find out whether the band had already played anywhere else than in their rehearsal space up to that point or, for that matter, whether they even played gigs after the release of their demo, but I am pretty confident that they did. About what happened next, I am regretfully also pretty much in the dark. Did Ektro somehow get wind of the demo, and did that prompt the label to contact the band? Or did the band itself contact the label...and when? Data which are not within my grip, I'm afraid...but what IS certain, is that the band now comes with this official debut EP, released at first on limited edition (only 500 copies made, 150 of which on transparent purple vinyl) 12-inch!

What becomes immediately apparent on this EP, is that Lord Fist are definitely on a good track. What is also apparent, is that growth will be needed to enhance the quality of the outcome. First of all, there's the quality of sound which might be improved (it's not because you wanna be reminiscent of the NWoBHM sound around the '80s era, that you should not make advantage of modern recording techniques which usually give a far more enhanced sound quality). Secondly, the mixing of the instruments might improve, because in a lot of places the second guitar is hardly audible, and the bass is also something which is pushed somewhat in the back. Thirdly, and I'm afraid most importantly, there's the quality of the singing which might improve. I mean, Koivunen isn't exactly likely to push Bruce Dickinson (and a lot of the lesser “gods”) off his pedestal, you know! Perhaps...and it's just a thought, you know, perhaps it might help to develop the singing talent in the band, if the guys sang in their own language? I mean, it's awfully hard for someone not accustomed to speaking English on a daily basis, to make appropriate use of that language in singing!

Ah well, enough criticism on my part! On the “Bandpage” section of the band's facebook page, (www.) facebook.com/lordfist, you can listen to all 4 songs of the band's 2012 demo, and there's at least one song off this official EP posted at the label's site (www.) ektrorecords.com...go check it out, and make up your minds for yourselves!!! Personally, I think this band has potential...how do you lot feel about that?