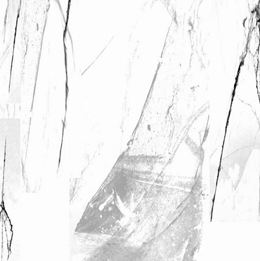 Distant Voices are a very young label from France, formed in Autumn 2012, but for sure it is a special one. It has to do with the musical direction, i.e. a mostly underground-oriented kind of grim, depressive, ambient, melancholic and / or atmospheric Black Metal, which I do adore. But there are more labels that do so. What this label makes so distinctive from any other, is the care and time the crew takes for each single release. All of them are made with fine, soft paper in order to deliver a unique creation; let’s call it a total-package for combining wonderful aural excellence with visual art. It’s rather evident, as you do understand, that every release is limited to a small edition, evidently.

In this case, we’re talking about a limitation to ninety one hand-numbered copies, once again with no repressing afterwards. The inlay is printed / drawn on transparent, so-called traced paper, stapled on black 200g-paper, once again with sober yet beautiful artwork.

Bon, the project and this release then… Misery hail from Toulouse in the South of France, and were formed by Thomas ‘Fille de Misère’ Bel in 2005 as a Dark Ambient project. After two demos (2009 and 2011) and the debut full length Messe Interdite (2011) (all of them self-released), Thomas started adding Black Metal elements, yet initially without betraying the Dark Ambient-laden roots. The Miséricordes-tape was the first within this direction, and Lore, also released on cassette only, continued that path. Both of them, by the way, were released via Drone / Ambient-label BLWBCK, located as well in Toulouse. Then Misery signed to Distant Voices, which did result in the release of two recordings in 2013, For The Loss Of Ghosts and Mélancolie. Both EP’s were released in a very limited edition, just like this new full length. It was recorded during spring 2013 at Rapas Cloister, mixed at the end of that year, and mastered in early 2014.

Black Crafted Elegies consists of three tracks (Self-Hatred Redemption, -SYTD and The Negative Anthem), two of them lasting for fifteen minutes, and one clocking seventeen minutes. These three compositions continue where For The Loss Of Ghosts and Mélancolie did end, but with even more intensity and introspective elegance. This project’s Depressive Melancholic Black Metal is of an extremely raw character, caused by a production so grim and thorny. But this sound is absolutely superior. Not only it is the sonic translation of such Aural Art; it strengthens the atmosphere of desperation and hate. The Dark Ambient / Drone elements have almost completely gone right now, though the oppressive sphere, which is the ultimate relation in between both genres, remains as obscure and cold. Most excerpts are rather slow to mid-tempo, and of the repetitive kind when it comes to the melodic structures. Here too repetition means hypnotic, bleak, suffocating. And there is no chance to fall into boredom, despite the repetitiveness and the long average duration, for the compositions vary a lot, i.e. there are additional excerpts with, for example, an acoustic basement. Besides, the vocals are utterly cold and venomous, penetrating your soul, piercing your spirit.