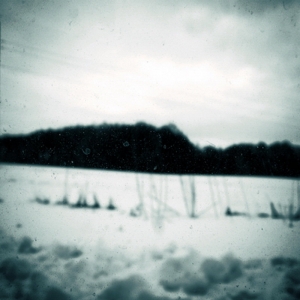 I did express my appreciation for the French label Distant Voices in about each review I did in mean time, for any release that crossed my path. I will not go to deep into the subject anymore, but I’d like to conclude this first paragraph with: respect!

On July 21st 2014 we did upload the review for Misery’s Black Crafted Elegies, which I deeply adore. It must have been one of the best Atmospheric Black Metal albums in years, no, in eternity (and I am not exaggerating; once again it is undersigned’s personal opinion, but you’d better agree, because it is just superior in all aspects). So I was quite, eh, how do people call it; it’s an emotions that happens to mankind once in a while… Ah yes, ‘happy’… So, I was quite ‘happy’ (no medication was needed) when this site’s owner Dirk did hand me over the newest Misery creation, No Days To The Funeral. And just like all material on this French label, this specific release comes in a very limited yet highly unique edition. There are 81 hand-numbered copies in a black envelop, with inclusion of two inserted cards printed on 200g white paper, once again beautifully created by Anna M. (artwork + lay-out) [(*)]; photography was done by the founding member of this label, and the guy behind this project, Thomas Bel aka Fille de Misère. There is also a so-called ‘funeral edition’, limited to 17 copies, but this one is sold-out in mean time.

[(*) I just found out that Anna M. has an own outfit too, Aube Grise, with a first recording that came out on, evidently, this label, on January 16th 2016; I can’t hardly wait to listen to her efforts, but that’s not for now]

Not that I am lazy, but since I gave a succinct biography in my former review, I will just copy-paste that part, with some minor adaptations: Misery hail from Toulouse in the South of France, and were formed by Thomas ‘Fille de Misère’ Bel in 2005 as a Dark Ambient project. After two demos (released in respectively 2009 and 2011) and the debut full length Messe Interdite (2011) (all of them self-released), Thomas started adding Black Metal elements, initially without betraying the Dark Ambient-laden roots. The Miséricordes-tape was the first within this direction, and Lore, also released on cassette only, continued that path. Both of them, by the way, were released via Drone / Ambient-label BLWBCK, located as well in Toulouse. Then Misery signed to Distant Voices (since Thomas is the human being behind both outfits, it might not be that strange), which did result in the release of two recordings in 2013, For The Loss Of Ghosts and Mélancolie, and one in 2014, Black Crafted Elegies.

The new album, No Days To The Funeral, was recorded in between November 2013 and July 2015, once again at the Rapas Cloister, and mixed + mastered during respectively August and September 2015. The four compositions are created ‘to (un)celebrate 10 years of self-hatred’, and they take the listener ‘deeper and deeper within the filth of humanity […] like open scars seizing the essence of nostalgia and melancholy to lead us towards a dead and sleepless night’ (excerpts stolen taken from the Distant Voices-site).

Opener Asunder (twelve minutes in length) takes off where the last album did end. A grim, slow-paced and repetitive rhythm immediately creates a feeling of desolation, but pretty soon piano joins in, strengthening any negative emotion that would pass by. Melancholy, depression, (self-) hatred, it’s all the essence of this aural journey. The basic rhythms and melodies are primal and, as said, repetitive, but for sure not of the dull, boring kind; on the contrary, even despite the length of the track (and the same goes for the other ones), the composition keeps its interest and craft. This has to do as well with a relative variation, being quite differing yet coherent changes in structure and melody. …and even tempo, for the slowness varies from ‘just’ slow over very slow to utterly slow-paces (not forgetting to mention doomy…). More than once, by the way, Burzum-era-Filosofem comes to mind, once again especially focusing on the slower passages on that KULT-album. Fille de Misère’s vocals are little hysterical, wretched and painful, in the trend of the DSBM-scene evidently, and the rhythm section is nihilistic in essence, but that does define the core of this scene, does it not?! And pretty much the same goes for the sound quality. The production is unpolished and raw, and some might be bitching about the ‘distance’ within the mix, but at the other hand it does surely amplify the whole concept. Pretty much within the very same vein are In Veins, In Vain (9:39), which includes an intriguing acoustic chapter as well as piano, and mesmerizing trem melodies, and Silver (12:49), which might be the most ‘intense’ piece on the album, with a very attractive acoustic outro. Failed In Faith, finally, is pretty ‘short’ in terms of Misery, lasting for 4:26. Evidently it does not differ that much from the other material, atmosphere-wise (the first half, as a matter of fact, is totally within the very same manner), but the second half includes an ethos so dense and hypnotic… Besides, this creation, and then I am referring to the second half, comes with other aspects: Ambient-laden synth lines and mournful voices (I was doubting whether I would add this comparison or not, but hey, why not: like Anna-Varney sighting and yammering… Same-minded souls of unhappiness, equally crafted creators of aural obscurity…).