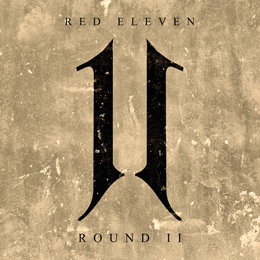 Red Eleven are a five man band hailing form Finland, which has been formed around 2009, and released their first album in 2013.  What the style of their music on the first album ‘Idiot Factory’ was, I wouldn’t know, since I’ve not heard it, but what they bring us on this follow-up album can be described as a mix between Metal, alternative rock, and rock.

Upon listening to this album, I heard traces of Faith No More, but there’s more to it than that.  For instance Faith No More would never have had those keyboards, or not in that amount.  As a matter of fact this album has to grow on you, because this type of music is something I’m not accustomed to, but after a few spins you discover that these songs, despite at first sounding rather simple, do have some intricate details in them.

A very nice band to discover, and a very good album as well.  If I may give you an advice: give this a try.