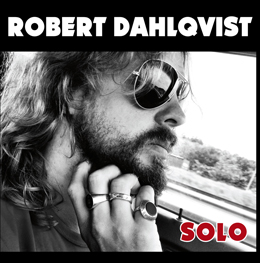 The Hellacopters disbanded amicably in 2008 so the members could move on to other projects.For whatever reason, guitarist Robert Dahlqvist of The Hellacopters saw fit to release an album as a solo artist.. The resulting album is both intriguing and inspiring in the variations. The CD contains a grab bag of tricks and treats from The Hellacopters, putting together both his Kinks/Pink Floyd guitar works with Bob Dylan/Leonard Cohen-like folky pop Nice sounding, laid back music, more contemporary leading towards kinda The Hives vs Smiths vs Eric Clapton. In between relax to the tranquil ditties like “Det tog en lang  tid””, “Aker tag”, “Jag va kott och blod””, and “Ingrid Isabel”

One to put on when you’ve enough of all the heavy sounding stuff.