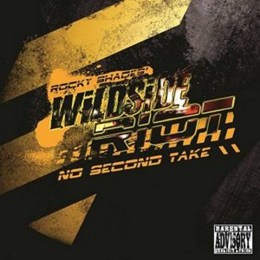 Does anyone remember the glam metal band Wratchild? They were fronted by none other than Mr. Rocky Shades. But with this new band/line up, he does not completely draw the card of glam/sleaze metal, but have instead mixed in some other elements, but the final conclusion after listening to this album is that is really is a glam/sleaze metal album.

The quality of the songs isn’t too bad, and the sound is very 80ies like.  My guess is this music/band would do well in small venues, not so on big gigs.  And although it’s not a bad album, I’m afraid it isn’t one that will be remembered for very long. Put this band on stage however, and I think they could blow the tiles of the roof. Especially if playing in a small club, were the fans have already consumed a fair amount of yellowish or brownish liquid that has some foam on top of it.