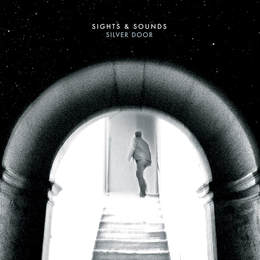 This band came together by chance. At a moment when their respective bands (Comeback Kid, Sick City, and The Getaway) were having a time off from touring/ recordings, the brothers Andrew and Joel Neufels (respectively singer/ guitarist and drummer) came together with their friends Adrian Mottram (guitar/ keyboards) and Matt Howes (bass/ backing vocals) at the weekend of New Year 2006, simply to record a song that had been written.

That same weekend, Sights & Sounds was born, and later that year the quartet recorded a demo. This caught the attention of the people at Smallman Records, who released the demo as the band's debut EP in July 2007, to not always positive response from the media. Having found time off from their respective bands, the foursome hit the road in promotion of the EP, and eventually took time out in 2008 to write new material. They then hooked up with renowned producer Devin Townsend and spent two months in his studio in the West of Canada. Debut full-length Monolith was licensed to 6 different labels around the world (Smallman Records for Canada, The Militia Group for the US, Redfield Records for continental Europe, United By Fate  for the UK, Stomp Records for Australia, and Germany's Asscard Records for the worldwide vinyl) and released in 2009. This time, the intricate mixture of Post-Hardcore, Punk and Pop came across more positively (eh...with that kind of producer, whadda ya 'xpect?), and the band's tours in N-America and Europe (which found the band on the road with the likes of Billy Talent, Moneen, Misery Signals and more) were quite successful. Prior to a tour of Australia and South-East Asia in the inter of 2011-12, the band added keyboardist/ backing singer David Grabowski to the line-up, and after that went on to return to the UK and Europe in 2012. I fact, at the moment of speaking, the guys should already be back home after yet another European tour in promotion of the latest recordings (starting on Oct. 30, the tour lasted until Dec. 8 and took the band on a concentrated gigging schedule through the UK, Germany, doin' several gigs in Spain and Italy, cruising through Scandinavia, and doing additional gigs in Holland, France, Switzerland, Austria, and even Belgium – Nov. 13, to be precise).

The new mini-album (or EP, if you so prefer to call it) consists of 6 songs with a total length of just over 23 minutes. Expect a Poppy type of Post-Hardcore with some great underlaying intricacies, and with both screamed and clean singing. For your audio pleasure, the band posted the track “Cards In Place” at their facebook page (www.) facebook.com/sightsxsounds. It can also be found in the form of a video, alongside the EP's opener “Poli's Song” and older tracks (quite a few “videos” actually being mere sound files) which should give a more complete picture of the band (especially since there's quite a few of 'em, you know), at (www.) last.fm/music/Sights+&+Sounds.