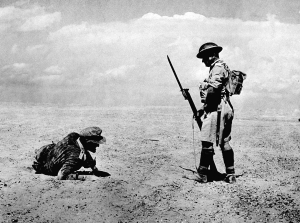 Recently I got in touch with Jordan Fillmore, a guy from Moncton, Canada, who owns Burn Ward Records, a Noise / Industrial / Ambient label with tape-pressings especially. But the guy is active in some projects too, such as Manzbow or Skeletal, the latter being a solo-outfit by this human being. Recently the label released some blackened Metal material as well (see the update on December 22nd 2015 for the review undersigned did for Plaguelord by outfit Aegorton, and look out for the upcoming review for the tape-edition of Efferat’s The Enlightenment very soon), but I did also receive a copy of Armageddon Pact, the newest effort Jordan did under his Skeletal-moniker. Once again it is pressed very limitedly on tape (in an edition of only 20 copies!).

Following his own words, Jordan was inspired by bands like The Birthday Party and Sissy Spacek while recording this new Skeletal record. It consists of five lengthy, eh, ‘tracks’, and about everything (song writing, performance, production, mix, mastering, tape pressing) was done by Mr. Fillmore himself.

Armageddon Pact starts with the ten-minute creation Modern Bodies, which combines Harsh Noise and elements from Noise Wall with the noisiest extremities of Power Electronics. Error Gate, Svartvit and even Ataraxy might come to mind, I guess. Since the track lasts for ten minutes, it might be quite a hard thing to bite through, but believe me if I say that this is only the beginning. Besides, for a Noise-piece, it’s quite unbelievably filled with variation. Nerve Play / Fractal Burst goes strongly on in the vein of the opening piece, but it’s less of the Noise Wall-kind, yet rather focusing on the harsher side of Minimal Noise eruptions, and with inclusion of vocal samples at the background. And in a subtle manner, my brain even detects, and this more than just a couple of times, subtle hints of later MZ.412. As from the third piece, Mechanization Takes Command, the whole slightly changes into another sonic approach. The first two minutes are like a minimalistic Dark Ambient story (once again with those ‘narrative’ vocals), before the whole turns, once again, into the harshness of the Noise-current. The word ‘mechanization’ in this composition’s title isn’t just a lucky shot, for this screeching piece sounds like the most mechanical-industrial one on the tape. Face sounds like something in between Mechanization Takes Command’s second half and the major part of Nerve Play / Fractal Burst, with a (vocal) sample that goes back, or at least that’s how I do interpret it, to the propaganda of some pre-warlike tribunal. And it might be correct, for this piece ‘grows’, towards the end, into proportions much more of the militant kind, flirting with artillery-alike soundscapes. And then… I do appreciate all four tracks that I just limitedly described, but I had to wait until the closing title track (with its 16:25 also the most lengthy piece on Armageddon Pact) before I get truly ecstatic and aroused. Extreme Noise basements get coloured by ultra-heavy (guitar???) drones and megalomaniac power chords, as if this material wants to copulate with the edges of ‘melody’ (okay, I do exaggerate, but please do not ignore the point I want to make!).

So, skip this material in case you look for atmosphere and melody; but every adept of Harsh Noise especially, and Noise / Power Electronics more generally, might adore Skeletal’s newest effort for sure!