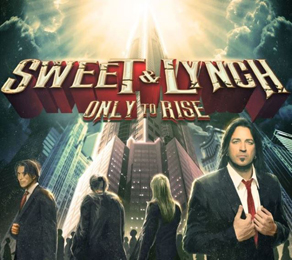 What do you get when you combine the vocals of Michael Sweet of Christian hard rockers Stryper, and the guitar of George Lynch (Dokken, Lynch Mob) ?  A fantastic sounding combination.  Add James Lomenzo (ex Megadeth, White Lion, Black Label Society) and finally Brian Tichy (ex Whitesnake) on drums.

This project was the brainchild of Serafino Perugino, president of Frontiers Records, but there are plans for rehearsals and even a tour.

What you get here is great.  The combination of Sweet’s crystal clear vocals, and Lynch’s fantastic guitarwork sounds amazing.  You get a collection of songs based on classic 70’s and 80’s stuff.  Just listen to the opening song ‘The Wish’ that sounds like a combination of Stryper and Dokken. The album was produced by Michael Sweet, and the songs were co-written by Sweet and Lynch. If you like bands like Stryper, Dokken, Lynch Mob, this album will surely please you.