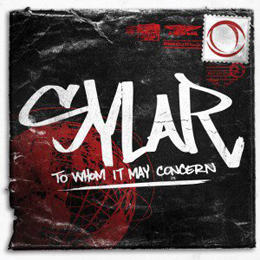 Following a premiere on 25/09/2006, American broadcasting company NBC ran a television series entitled Heroes for 4 seasons (total of 77 episodes), in which actor Zachary Quinto played the role of a serial killer with supernatural powers, killing others with such superpowers in order to add those to his own. That character's name was Gabriel “Sylar” Gray...and whether the Metalcore band Sylar took its name from there, is a thing of speculation which would normally only be confirmed/ denied by asking the bandmembers, right?...but the nature of the first tracks (the album's introductory title track and its first video track “Prescription Medication”) on the band's debut full-length certainly point that way!

According to the info sheet which accompanies the download promo of the album, the Queens (New York) based band (with a membership currently filled out by lead singer Jay Panesso, guitarists Miguel Cardona & Dustin Jennings, bassist Travis Hufton, and drummer Thomas Veroutis)  was founded in 2012, releasing its debut 7-track EP Deadbeat that same year. However, from another source I learned that the band was actually founded in 2011, releasing a first 6-track EP entitled Cutting The Ties that same year, with Deadbeat actually being released on Jan. 29, 2012. Very possibly, the label people only start counting from when Cardona took over from original second guitarist Miguel Carrasquillo? At any rate, the band soon enough started to make a name for itself within the scene, with some already established musicians coming out to the studio to contribute to the band's Deadbeat EP...these including Frankie Palmieri of Emmure, and Caleb Shomo of Attack! Attack! The latter, in fact, was asked to produce the current album.

In the vocal department, you can expect the lead singer to mainly used clean screams as a means of expression, but he also has some of his spoken words occasionally put through a vocoder to transform 'em into something cold and electronic. He also gets vocal backing (from Cardona, amongst others) in different modes, alternating from accompanying screams to somewhat contrasting and in fact somewhat harmonizing more normal singing. Oh, and in one particular song (namely “Never Let It Go”), a large portion of the vocals are done in rap (possibly by a none-divulged guest?, because the lead singer still does some of his semi-screams on top of the raps during the choruses). A large part of the guitar work is done in low tonality, except where one of the guitarists throws in (relatively short) lead parts. On top of it all come some very great electronics, which not only gives those parts they're used in an eerie atmosphere, but also occasionally a slightly Industrial flavouring. Oh, as far as confirmed guest roles go (nót something I learned from the album's info sheet, mind you, but from additional research), I can tell you that one Doriano Magliano (sorry if I didn't find more info on that fellow) contributes to the track “Substance”!

So far, the band already released two music clips for songs off the album (the aforementioned “Prescription Medication” and the more recent “Live/ Breathe”), which you can both find posted on the band's page at (www.) spirit-of-metal.com, alongside two older videos...which you can also find posted at the band's facebook page (www.) facebook.com/SylarNY. More importantly, in the “BandPage” section of the latter page, you'll find a possibility to stream the complete album, as well as some older songs. So browse on over there, and assure yourself of some good time to be had listening to this band's music! Profiting from a two-week holiday just prior to doin' this review, I've been able to listen to the album several times, and I became extremely fond of it. It is therefore that I made the very easy decision to propell To Whom It May Concern into my 2014 year-lists!