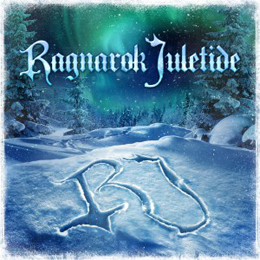 Why you’d call a CD with Christmas songs Ragnarok Juletide is a mystery to me.  A Juletide – correct writing should be Yuletide by the way being a pre-Christian festival associated with Winter solstice, so the only link is that the period is around the time we Christians celebrate Christmas, and Ragnarok – correct spelling should be Ragnarök being  a series of future events in Norse Mythology, including a great battle during which a fair number of important Norse gods, likeThor, Odin and Loki die. Anyway, this is a collection of Christmas songs, some well known in our countries, some less well known, performed by a score of artists coming from the hard rock and metal world.  The release of such type of album seems to be a longstanding tradition, as this seems to be the tenth album so far.

There are some songs which I still can digest, but to say this is an album I’d spend money on is a bridge too far.  And to say this band/project even plays concerts for over a month…  To paraphrase the words of René Goscinny, scenarist of Asterix, a comic series that is well known in our countries :