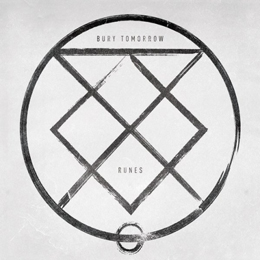 Bury Tomorrow are a five piece British melodic metalcore band that was formed in 2006 in Hampshire, England. Their initial line up was consisting of guitarist and clean vocalist Jason Cameron, drummer Adam Jackson, vocalist Daniel Winter-Bates, bassist Davyd Winter-Bates (his brother) and lead guitarist Mehdi Vismara. They released their first album in 2007.

Ofcourse there were other records and lineup changes, but it all went on and on until 2014 witch brought us to their latest record. What can i say…I love it? It has all the things that a good metalcore album needs, and more. It took me by surprise and kept me interested and hanging on till the end without any trouble.