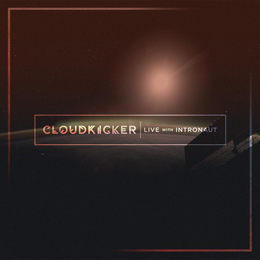 Since 2008, a Columbus based musician known only as Cloudkicker has been releasing instrumental Post-Rock/ Prog Rock-Metal material (2008's The Discovery and The Map Is Not The Territory; 2009's Portmanteau; 2010's Beacons and ]]][[[; 2011's Let Yourself Be Huge and Loop; 2012's Fade, and 2013's Subsume – some of which were EP's, others full-lengths) which he made available for free download through the internet. No promotion was ever made, no marketing, and also no live appearances were done...but the music got known more and more among a growing group of music lovers, who would in turn promote the music by word of mouth.

With the mystery around the project growing from year to year, the artist behind it was eventually tracked

down, and Ben Sharp even consented to doing some sparse interviews, and the mystery became unfolded : he was just a man with a day job, recording music for the fun of it, doin' everything on his own, and without any ambition of ever touring with his music! Ou might call that method, “The Sharp rules”!

Well, that was counting without some of Cloudkicker's most arduous fans, Intronaut's Sacha Dunable (vocals/ guitar) and Dave Timmick (also guitarist), who in 2013 came up with the idea of using Intronaut (who have a total of 4 full-lengths to their name, being 2006's Void, 2008's Prehistoricisms, 2010's Valley Of Smoke, and 2013's Habitual Levitations) as Cloudkicker's backing band for a North American tour. At first, Sharp thought it was just a nice gesture from the Intronaut's, but he didn't really see how things could work out with his job which has him traveling 3-4 days a week. Then, in the fall of 2013, Intronaut came traveling through Columbus again, and took the opportunity to take time and sit aside with Sharp, to further discuss the possibility to maybe, one day, actually have Cloudkicker touring with Intronaut. They eventually convinced him that, given a minimum of time together in the same room to rehearse, they would be able to play whatever Cloudkicker material together as a band, provided he tell 'em in advance which material to rehearse.

So he did (he gave 'em Parts 1, 2 and 8 of the Subsume album, plus the tracks “WeAreGoing To Invert.../ Here, Wait A Minute, Damn It!”, “We're Goin' In, We're Going Down”, “Seriousity”, You And Yours”, “Dysphoria”, and “Push It Way Up, Ben Sharp”) and at the end of March 2014, Sharp broke a first of his rules, by playing his first set as Cloudkicker with Intronaut as his backing band, in his hometown. A month of shows followed, and luckily enough, in between the guys found the time to enter a studio in Texas, where they recorded the set in front of a small audience. Another one of Sharp's rules was broken, due to the fact that the live set is now released through Intronaut's label, Century Media.

For an idea what the live songs sound like, check the music at (www.) cloudkickermusic.com...and enjoy! For a Hard copy of the live album, go buy it!