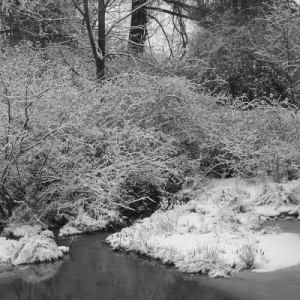 CTM3 is a collaboration by twin brothers Cody Maillet and Thor Maillet. They worked together under the CTM-banner before, and they did some other co-operative works too.

Cryostasium is quite well-known, I think. Cody recorded several hands full of blackened, crusty, necrotic and noisy stuff, often digitally available (check out the Bandcamp-page!), and initially as The Abhorer, in case you’re interested (but why shouldn’t you). He’s the guy too behind many other projects (Evisceration, Cyhyreath, Bloodsoil, Zaklanie, Bone Ritual etc.), and he owns the Metropolitan State Productions label, which is working for a few released with Russia’s finest Satanath Records / Symbol Of Domination Productions. For the release of this album, that marriage is so kind to offer the audience this sonic creation. Thank you Cody, thank you Aleksey!

Thor Maillet is rather to be placed within the Drone / Ambient current. Thor too is quite productive, with a couple of grandiose recordings that were released under the Thor Maillet flag, though there was some material released as (the) Moth Literal as well in some past.

So, the twins created a couple of new pieces in early Spring 2015 at the K2 studio, this time collected as CTM3. Oh yes, first a word about the wintery artwork: cool (symbolically and literally)! CTM3 lasts for forty minutes and opens with 1 (six out of the tracks have a number as title – lack of inspiration, or a genius’ idea?), which stands like an erected fist in the behind of [self-censorship]. It’s a (short) Drone / Ambient epic with distant elements from IDM (within the electronic percussion), with weird church bells, with hypnotic melodies, with martial atmospheres, … Indeed, this opening sequence is quite attractive. Then comes Child’s Cry, perfectly showing an equally divided presence of both artists involved: the mesmerizing ritual ambience of Thor and the apocalyptic, primal grimness of Cody. Quite remarkable are the vocal samples in this track, though the far-distant guitar lines (hey, do I hear some Misery right here?) and underground attitude too are truly remarkable. But the main focus lies on the eerie, witching, mesmerizing waves of sound especially, no matter when a piece is structurally based on mechanical Black Metal-alike spasms or neo-psychedelic scapes of Drone-Ambient (and all stuff in between).

The electronic details are not too exaggerated, which I think is a good thing. Because of this aspect, the whole maintains sort of an organic character – though then again, ‘organic’ must be defined as seen from a mostly venomous and acid point of view. Everything comes to its ‘grande finale’ by means of the lengthy last epic, which sort of combines all ingredients in a coherent identity. There is quite some distortion and noise going on, quite some repetition and minimalism, and at the very same time quite some experiment and eccentricity. The diversity of angles is so ingeniously exquisite that it makes me hungry (red meat will do just fine!), and still both artist succeed to create something that remains attractive, arousing whole the time. It’s not Noise, nor is it Ambient, Black Metal or Drone; it’s all of it, and still none. It’s another Cryostasium / Thor Maillet collaboration, you see, and therefor it’s all or nothing. I go for ‘all’…