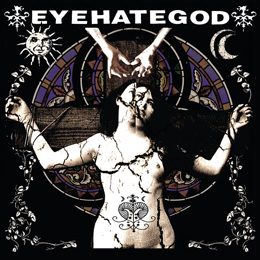 The sheer fact that EYEHATEGOD are still around in 2014….drug issues, superstorms and members passing away, have not stopped this New Orleans quintet to release 14 years after their last full length a new  album full off  sludge, feedback, core and whatever sounds one can link to a nightmare. But rest assure EYEHATEGOD are absolute masters of the genre and Mike IX Williams and his ugly bunch (of which Jimmy Bower also of CROWBAR and DOWN fame albeit as a drummer and not as a shredder, is probably the most familiar sounding name) his vocals sound as sharp as a razor and more venomenous then any rattlesnake out there, Just listen to tracks like  “Agitation! Propaganda!” or “Nobody told” me and you’ll catch my drift. EYEHATEGOD released with the album the album that another notorious NOLA figure (and EYEHATGOD friend and supporter) PHIL ANSELMO would have hoped to make with his ILLEGALS .