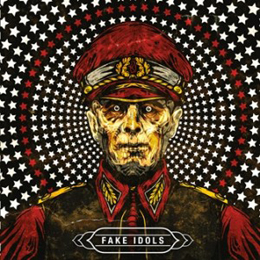 Fake Idols was formed from the union of three bands in the hard rock/metal genre (Raintime, Slowmotion Apocalypse and Jar Of Bones). They found each other in their search for new sounds and have decided to join forces for this new and young project, so you might have it a bit difficult finding any solid info about these chaps. So basically we have a record here where everyone relayed on their different backgrounds and different musical influences and styles in order to create something new.

To get straight to the point, it is a solid record. Unfortunately it is a bit mediocre. So I do wonder if all those cool songs have the power to set them apart from the rest. But they do a good job at trying, even with their cover song (My Favourite Game – The Cardigans).