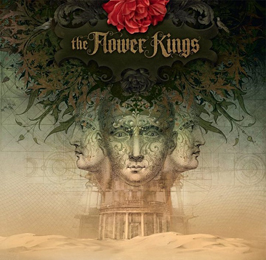 The Flower Kings is a Swedish band formed in 1995 around guitarist Roine Stolt and keyboard player Tomas Bodin. Their music is progressive rock on some other albums “Unfold the Futur” can hear some jazz influence.

“Desolation Rose” is a musical journey. When you play the album and begins “Tower ONE” playing… a world that opens they creating and reflecting the best I’ve ever heard. The keyboard is clear and breathtaking. The guitar is so melodious and some solos are so clear and the voice is pure. This is how you make progressive rock it reminds me to Yes an Camel. In “White Tuxedos” there is a jazzy feeling and Last Carnivor is much heavier and darker. “Dark Fascist Skies” is an explosive piece of melodies that fits. This album does not disappointing. We will hear again from this guys! By the way nice artwork.