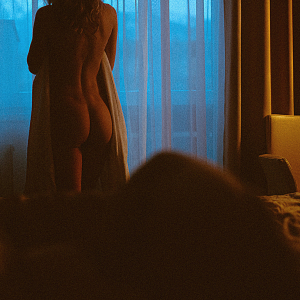 I have never disliked the Noise scene, even though about half of the (sub) genres within this scene are incomprehensible to me. However, some I do like enormously. I am not going to sum up the ones I like or dislike, but I can honestly say that Gates Of Hypnos, one of the most open-minded and darkened labels nowadays (run by Sado Ritual’s Przemysław ‘Sadox’ Grochowski), did surprise me several times before.

One of these pleasures is Premium, a merciless brain-assault from English soil (Leeds, to be more specific). It’s a two-track full-length effort by PB aka D¥$FUNCTion, a sympathetic guy who started his own label Abstract Trauma Recordings recently (and for which I will soon publish a review for a release, i.e. Cold & Load by Colin Load; but that’s for later). Yet since he does not want to have his own material released on his own label, he got in touch with Poland’s finest Gates Of Hypnos.

Premium consists, as said before, of two elegies, called Part One (#2) and Part Two (#3), both of them clocking twenty minutes each. It was created, and now I will quote the ‘artist’, ‘by using whatever he can get his hands on both legally and illegally’. Sounds sensual, does it not?! This digital release comes with truly beautiful artwork (a photo by some Viktor Hanacek; imagine you wake up and see – oops, I am losing my focus on this review… - but I would skip the breakfast in order to focus on other activities).

Anyway, Part One (#2) stands for a mesmerizing and harsh wall of sound, somewhat monotonous and statically droning, penetrated by samples and field recordings from different sources: rain, sensual moaning and orgasmic sighs, distant bleeps and many other unknown / undefinable sounds whatsoever. It has a captivating ambience and a mesmerizing atmosphere, and even a specifically enthralling dynamism, despite the monotone repetition.

Part Two (#3) is comparable in essence, I mean that the foundation is structured around a noisy drone ‘melody’ (yeah, whatever, what’s in a word) with that static and paralyzing tone as ‘spine’. Sounds of rumbling thunder, female pleasure, it’s all part of the game. It’s veiled within a dense fog of multiple colors (figuratively, evidently), with a psychedelic twist and a high-erotic level of excitement, wonder and intrigue. Those ‘vocal’ samples go incredibly well with the sonic pulsations behind the wall of Noise Music(k). Besides, the few gloomy, almost ominous waves of sound-manipulation add a unique hint of mystery.

You do not choose Noise Wall or Static Noise for its variation. Amateurs of the genre know that for sure. But the well-thought addition of different field recordings and sounds are a surplus on top of the hypnotic static tunes. Gold’s Premium guides you to an aural climax…