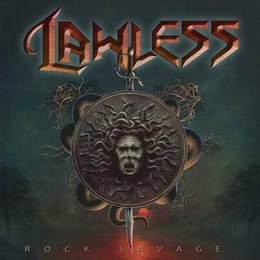 What these guys bring us is what I’d call eighties style classic hard rock.  It’s not bad, but it lacks originality.  St to say they’ve taken every cliché and put it in this album is a bit of an understatement.

What they lack in originality, they more than make up in their very good musicianship though.  You could easily say they’ve recorded an album that’s chockfull with 80ies metal anthems.  But when I talk about 80ies metal anthems, in today’s music scene this would probably be qualified as plain hard rock.

Despite everything that might be said about this album, I thoroughly enjoyed listening to it.  After all this is the kind of music I grew up with when I was a teenager.  So it brings back memories to my youth.  And to say that, had this album be released back then, it would have become a hell of a success, is also a bit of an understatement.  The tracks are very catchy, and while Doug Hume might not be a world class vocalist, he certainly does a very good job on this album.

A must have if you grew up in the eighties, and are still into rock music.