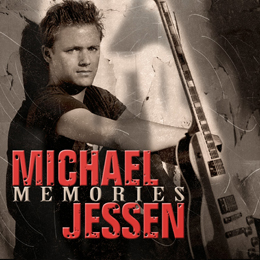 I have to confess I had never heard of Danish guitarist Michael Jessen. Memories is his debut album and with it he delivers a solid first efford. Michael was able to to get Gören Edman (ex-Yngwie Malmsteen) behind the microphone and the line up was completed with Christopher Hoaas on Bass and Mads Grunnet on drums.

The songs on Memories can best be described as hard rock / classic rock. I could see this band on stage during some big festival in ‘80’s rocking their butt off. However it is no longer the 80’s. But Classic rock will of course never get out of fashion and so even now decades later there are still many people who adore this kind of hard rock. I would urge these people to check out this band because the songs on this album are all strong compositions. The guitar parts of Michael Jessen are exquisite and contribute to the structures of the songs and are not just meant to show of the talent of the guitar hero. In combination with the strong soulful voice of Gören Edman we have a winner.