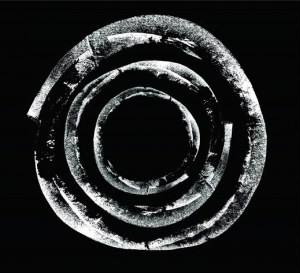 I will start with a sad advertisement: Misandreproductions are no more (weeping smiley included…). The store is still active, but unfortunately there will be no more new releases in the future. Don’t ask me why, for that’s of no importance, but I’ll miss them. This French label was home to releases of some of the most impressive (underground) projects, such as Paramnesia and Regarde Les Hommes Tomber (and then I can refer to these band’s releases on Les Acteurs De L’Ombre Productions, for instance; you can find some reviews I wrote for them on this site; just enter the project’s name in the ‘search’-tab to find out…), Frozen Ocean or From The Vastland (also been reviewed for several recordings by undersigned, and once as well by an ex-collaborator of the site), or the majestic outfits Cepheide and Scaphandre.

I won’t go too deep into both Cepheide or Scaphandre, but I promise you that their former material was of an exceptionally high level too, at least if you’re into the more abyssal and unhappy kind of hateful and, at the same time, self-mutilative Black Metal. I’d like to refer to the reviews of Scaphandre’s Les Ancres (a true monument!) or {The Abyssal Crypts}, both of them posted on September 21st 2014, or Cepheide’s Respire (see update April 22nd 2016, or go via ‘search’) to find out what these projects stand for.

The reason to stick to all higher mentioned material (the label in the first paragraph, and both projects in the second one) is the mutual presence of Gaetan ‘Spasme’ Misandre, the guy who is involved with young Paris-based act Rance as well. Rance are a quartet, which did record this first untitled demonstrational four-tracker in Autumn 2016 at the Mains d’Œvres Studio in Saint-Ouen (close to Saint-Denis and Paris). And despite ‘only four tracks’ and ‘just being a demo’, the total running time exceeds half an hour.

And indeed, my appreciation for those other projects does not get interrupted by this new band – on the contrary. In a certain matter, there are resemblances, yet then again Rance surely differs as well. Let’s focus on both aspects.

The similarities are quite evident: sound and atmosphere. I have to admit that I do not know if this band is a new outlet of Gaetan, or a band that involves this guy – but for sure there’s that characteristic depressive-suicidal intolerance going on. Rance deal with those things that deny or ignore happiness, joy or luck – it rather focuses on those elements that define the disappointment and aversion to human life once again. Other comparisons have to do with sound and atmosphere. In this case I am not afraid to say that ‘underground’ or even ‘primality’ might be keywords. Why not, anyway? It was a strength in the past, so in the ‘why changing a winning team’ sphere I can’t see any troubling vision…

Difference-wise I rather like to classify (damn, I do not like this in a literally sense of meaning) within chapters closely related to both other projects, and many more. For sure Rance withholds the depressing atmosphere of Scaphandre, yet without the repetitive aspects, and you got the obscuring intensity of Cepheide as well, leaving no room for inner tranquillity whatsoever in any composition. I am not sure if the whole thing had been created (read: written and primarily composed) by Gaetan, but it’s not a total surprise to meet his name right here. Anyway, Rance surely are not just a sequel to any of those other projects, and once again I do not feel ashamed to refer to grotesque material by stuff released by French colleagues like Les Acteurs De L’Ombre Productions or Distant Voices.

Every four of the compositions are quite similar in construction or execution, but they do surely maintain a certain individual particularity. Okay, Rance will not renew the international scene – but then again: why should they. Anthony’s vocals are quite hysterically prominent, while the whole rhythm section profoundly supports the painful attitude of this vocal presence. Riff-wise, and from melodic point of view, the negativity of joy-of-play, being not-existant, forcely supports those wretched screams and the depressing melodies. But in its totality, Rance surely do succeed to reach that refined and tender level of comprehension in between those extremes: atmospheric and melodious floating elegance versus a wretched, malignant uncompromising level of malignance whatsoever. Yet the aural result remains the same: high-levelled!

So, to keep it short: whether you do prefer the repetitive character of Scaphandre or the intense and obscure atmospheres of Cepheide – you will surely adore this new outfit, for it comes with aspects from both, and new elements as well… Do not ignore my message and give this band a try!!! Superb vocals, great bass lines, fine guitar riffs and excellent drum patters (what else did you expect)…