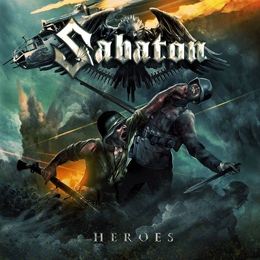 The expectations for the new album of ‘Sabaton’ where very high after their super release of ‘Carolus Rex’. Because it was their first release with their new line up we had to wait and see if it could compete with their previous album. The record itself is not bad but it’s sometimes to rushed and uninspired in my opinion.

I don’t say that it’s a bad album, but I guess that the inspiration is gone. A short stop to revitalize would not be bad I guess. Nevertheless a meritorious ‘Sabaton’ album, but it will not ‘out best’ any previous album.