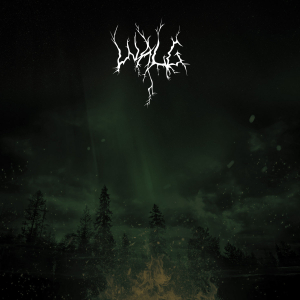 I do know that these guys did finish a second album in the meantime, but I once promised to write down my thoughts on their debut, and since I am such sympathetic guy…

Walg were formed in 2021 by two former None Shall Pass colleagues (a Metalcore project from Groningen, The Netherlands), being vocalist Yorick Keijzer and instrumentalist Robert Koning (the emperor and the king). Their moniker is Dutch for ‘disgust’ or ‘nausea’ and this band’s name does fit perfectly to the conceptual side, i.e. humanity and its sweet existence on our beautiful globe. Indeed: mankind’s perversion, sickness, imbecility and futility, ignored by a pathetic superiority without realizing that we’re all destroying our future, our nature. We are worms that deserve [self-censorship] – oops, I launched out, I have to calm down within my favourite role of misanthropic cynic, haha…

Anyway, before my sarcasm and ‘walg’ or ‘walging’ for ‘de mensheid’ (we are all slaves, you know – “unable to see the effects of our actions, results in assured destruction, you deserve it, we deserve it”) overpower my current mental state of mind, a few words on this recording. These guys recorded two hands full of blackened pieces, and eventually ten titles made it to the nameless debut. It clocks about thirty-seven minutes and was initially digitally released by the band. In the meantime, by the way, Throats Productions from Mexican soil managed a physical release as well, being a compact-disc edition that includes an eight-page booklet with the (truly great) lyrics (which are in English as well as in their mother-tongue, by the way) and very sober yet truly stunning cover artwork, representing this act’s lightning-like logo.

The album brings some form of traditional blackness, quite universal in essence, yet delving deep into the core of what ‘true’ Black Metal might sound like. It’s not ‘old school’ like in ‘Nordic-styled’, nor is it modernistic; Walg come with that approach that covers four decades of sonic supremacy. The compositions have a natural flair and are created around a spine of melodicism. Especially the string section offers a harmonious and melodic omphalos, with both epic and forceful tunes in the first place. the material isn’t necessarily, purely or exclusively tremolo-led, but the massive wall of melodic craftsmanship carries the whole package. Several solos and leads strengthen the timelessness of this recording. This gets overwhelmingly supported by a vigorous rhythm-section, which includes fabulous, muscular drum-patterns (the whole percussion-section is just avalanching) and a pounding, sometimes even grooving rhythm string fraction. In its entirety, this instrumental foundation captivates the whole of the time. Once in a while, the whole does turn towards a majesty that reminds of a Nineties-oriented form of Epic / Pagan / Viking-alike solemnity, then again dome fragments erupt into victorious, intolerant blasts.

But there is so much more that defines the heart of Walg’s debut, like the subtle use of acoustic excerpts, some synth-injections and the introduction of both clean and choir-like voices. When it comes to the latter, that vocal approach, I do have to mention the leads, evidently. The voice of Yorick is like a rumbling, deep-throated and somewhat hoarse one, with a convinced authority and at the same time – and that surely is a surplus – a very understandable articulation. For sure, it makes the whole much more credible. However, as said, some harmony-choirs, whispers, yells and bright chants too are part of the adventurous quest. Once in a while, the addition of keyboards add a level of mystery or ethos, subtle and at the background, yet of undeniable importance to tincture the message. And so do the aforementioned acoustic intermezzi, propagating the narrative pith.

For being a demonstrational debut, the sound quality is above expectations. At the one hand, it does sound decent, well-balanced (absolutely fabulous mix, paying attention to every single detail, resulting in a coherent play) and still monumental and overpowering. At the other hand, there is that rough edge, a certain sharpness and asperity too. That’s an essential detail – no, it’s not a detail; it’s an essential aspect – to define the concept. The production lacks any artificial etiquette, avoiding any form of narrow-minded grotesquery; and that’s another well-thought surplus.

There is a lot to experience, to discover on this untitled album. The variation is speed, in structure, in instrumentation and vocalization, in atmosphere; yet not once it sounds exaggerates, and not once it loses its cohesive character either. Despite being recorded and released about nine months ago, I just felt to canalize my thoughts while being overawed by this album once again.

And people, do check out Walg’s newest effort too, intelligently called II, for it is at least as impressive as their debut! Fairly recommended…