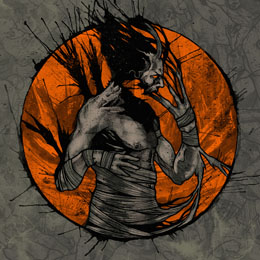 Led by frontman, songwriter and guitarist Jeff Lohrber, Enabler stands as one of the most honest, pissed off and heartfelt hardcore bands around today (or so they proclaim). The band's sound is based on a mixture of thrash, death metal, punk rock and hardcore. Several full-length albums, three EPs and multiple split and compilation appearances and many more have been released on various labels since then. And now the band is back with something new witch I actually like. The new record is called “La Fin Absolute Du Monde”, and is 17 song counting disc. Its powerfull with lots of energy and still has room fors ome melodic touches here and there…I know that sounds like your average hardcore band, but these guys bring it so well. Without a doubt the discovery of the month for me.