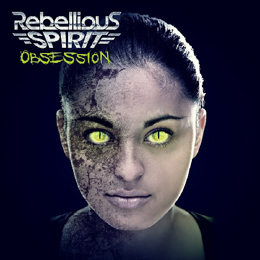 In 2013 they release their first album "Gamble Shot” and now a year later “Obsession”. they were asked to be the support act for the first leg of AXEL RUDI PELL’s “Into the Storm Tour 2014” before being asked to come back and do the second leg of the tour which will kick off  on September 19th 2014. When I played the first song on this album, my first reaction was oh no again some modern experimental sound. But after 36 second the real stuff begins. Some really metal guitar riffs with a voice so straight. If you have the first album more experimental en searching for some new sounds. Yes this is the way they have chosen. First track “Obsession” yes that’s the spirit to start with a bomb of a title track…But then decreases the quality of the voice. Waiting till the seventh song “Look What I become” to get some song like the first one. Maybe am I to stern to judge. This album is much better the first but not good enough! Maybe next