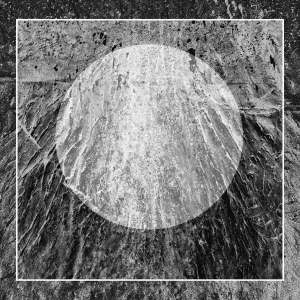 I am often thrilled by split albums, especially when the bands or projects involved are much appreciated by my eardrums. Well, that is exactly the case with this (untitled) split in between two French acts, Paris-based Cepheide and Time Lurker from Strasbourg. I will give a brief description on both projects’ presence immediately, but I’d like to focus, in the first place, on this album itself. It sees the light via Les Acteurs De L’Ombre Productions, a strong label that (with one exception, but let’s not focus on that) never disappointed me in the past. On the contrary; this label houses some of the best, and I mean that, bands from French soil (and a handful of combos from abroad, like Belgium, South-Africa, Germany, the U.K., Lithuania or Spain, amongst others).

For this release, Les Acteurs De L’Ombre Productions signed Cepheide to their roster (don’t know whether it is a one-album contract, or whether there is more to come), and they continued the collaboration with Time Lurker. The three tracks got released on compact disc (digipack) and on vinyl (limited, on white vinyl), and apparently there seems to be a very limited cassette edition too, released via another French label, Mallevs Records (specialised in tape releases only). Everything, by the way, was mastered by Jack Shirley at his Atomic Garden Recording Studio (think about, for example, Amenra, Lycus, Downfall Of Gaia, Deafheaven, Ultha and many others). The (very intriguing) artwork was created by Cepheide’s frontman Gaetan.

The album starts with two pieces by Time Lurker, No One Is Real and Unstable Night. For some additional information about this project’s history, or about the sole full-length album (until now) from 2017 (released, as mentioned, via Les Acteurs De L’Ombre Productions), I would invite you to check out the review concerned (link: see below).

No One Is Real opens with a short yet very nice intro (less than one and a half minute), offering a bleak, tragic ambience. But then, suddenly, everything turns nasty! The nightmare begins! Sole member Mick once again worked with a guest vocalist, being Thibault ‘Thibo’ Bapst of Paramnesia-fame. His throat is extremely raw, raspy, wretched, and damn, this adds a specific atmosphere of grimness and confrontation. It goes well, in a very organic way, with the instrumental part of the game. Well, this material brings forth a very oppressive, ghastly and morbid form of anti-trendy Black Metal with a rough sound quality, a heavy atmosphere, and a lot of variety. When talking about the latter, it goes for both structure and tempo. The better part is speed-up, even frenzy-like fast, but Time Lurker are not afraid to change the tempo drastically, for example towards decelerating passages. In the same trend, the structure differs, with both violent and dramatic chapters involved. But one constant thing is the atmosphere, being monstrously heavy and onerous, and another one the permanent focus on well-thought, technically executed melodies.

Unstable Night is, if possible, even more oppressing and severe. The drum patterns, for example, are like a rabid thunderstorm, a massive tank running wild. It’s like some hyper-kinetic assault, a violent eruption of mania and rage. Towards the end, and that’s a great thing to experience, Mick adds some experimentation, and the result is not unsuccessful at all.

Compared to the former material, these two compositions might be rather ‘in the face’, uncompromising and violent, and less ominous or bleak than before. Any fan of harsh Post-oriented Black Metal will be thrilled.

Side B brings a lengthy piece by Cepheide, an outfit by Gaetan ‘Spasme’ Juif, whom you might also know from some other superb outfits, such as Rance, Scaphandre or Baume (the latter will release some stuff later this year, apparently). I did truly adore 2015’s Respire and 2017’s Saudade, and that’s why I was looking forward to listen to their contribution on this two-way split. For this recording, Gaetan joined forces with François Saint Vorin, who also joined Rance, by the way.

Lucide, which lasts for almost twenty minutes (not uncommon, as you might know), and this lengthy composition permanently changes, evolves, and reinterprets. At the one hand, you have those maniacal outbursts, pushing, fast-forward, morbid. At the other, there are these ambient intermezzos, semi-acoustic injections, Post-oriented elements and feverish passages; what about those female spoken words halfway and towards the end of this enormous piece. In combination with the characteristic screams at the background (it is on purpose, those voices that are rather ‘distant’, for it creates an additional level of gloominess for sure), the whole aural journey surprises from the beginning until the end. Once again, I am deeply impressed by the thunderous drum patterns and the hypnotic guitar melodies; the latter focusing on mental hypnosis for sure.

Even though I adore the former releases a lot, I think Lucide is a gigantic step forward. It’s less monotonous and repetitive, with inclusion of much more additional elements and variation. Also sound-wise, the conservation of the raw production yet with a slightly improved final mix leads to an impressive result.

Hail to all nightmares! Hail horror!